A Cambridge based Research University needed to convert and older lab into new, office, lab and support space where motors and machines can be developed and tested. The space required abatement and in doing so it was uncovered that the surface below the existing floors was not concrete as expected but asphalt; remnants from what is believed to be one of the first underground parking structure in the area. This uncovering provided the added challenge of finding a flooring solution that would ultimately adhere to asphalt. Additional updates to the lab space included HVAC system upgrades, fan coil units and new exhaust fan. The existing exhaust duct had to be replaced which required access on all four levels of occupied areas. Several of which were highly sensitive offices for the faculty that required extensive pre-planning and coordination. Throughout the construction process, lab users were often modifying or adding scope. Wise Construction’s ability to work with the University and the A&E team corroboratively as well as having the flexibility to adjust throughout the construction process was critical to the overall success of the project. 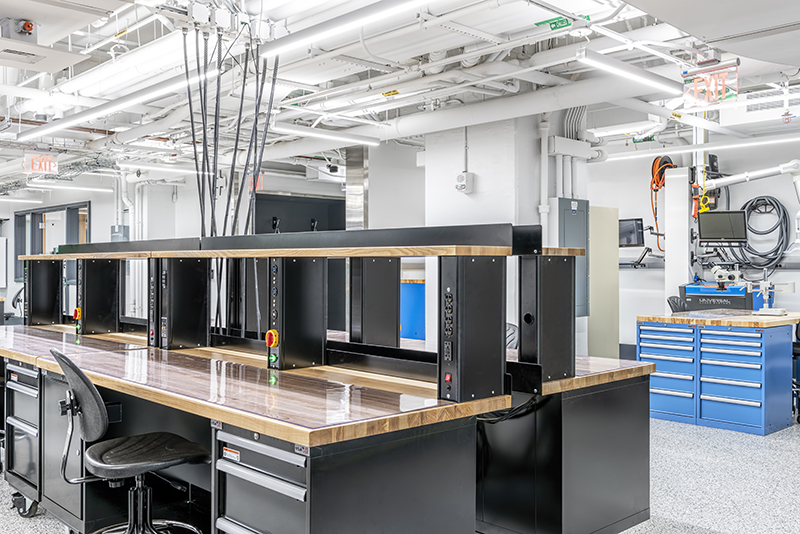 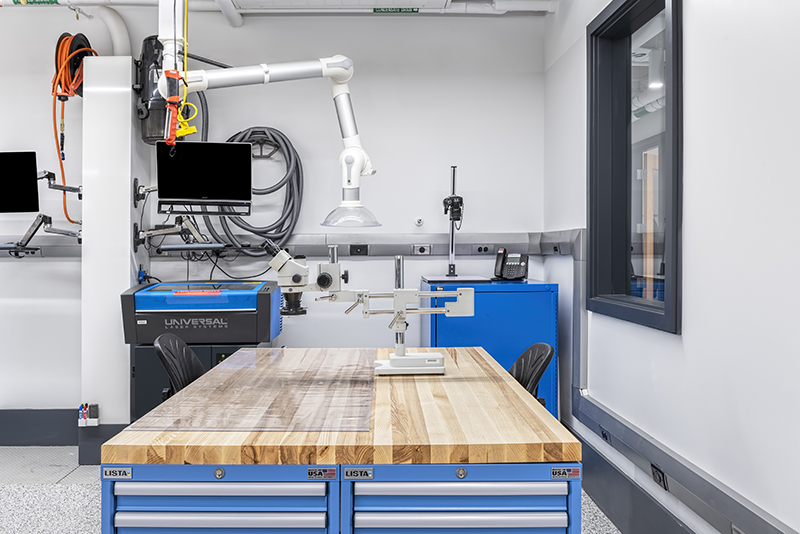 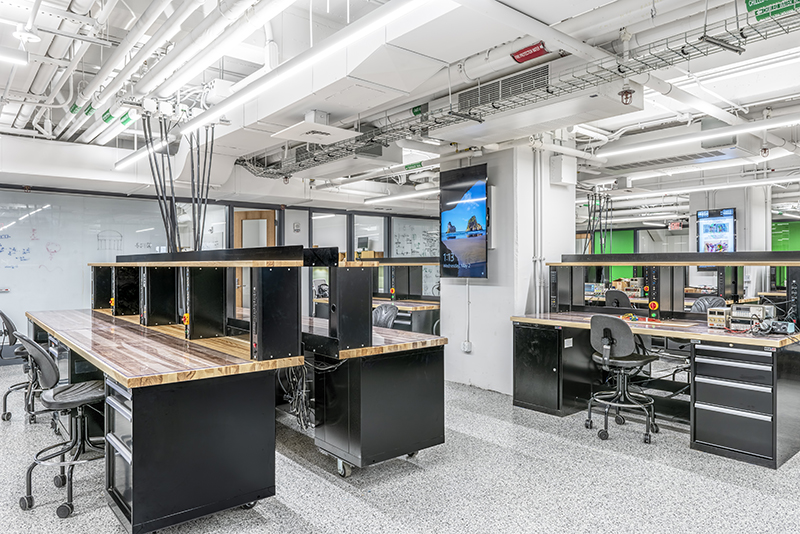 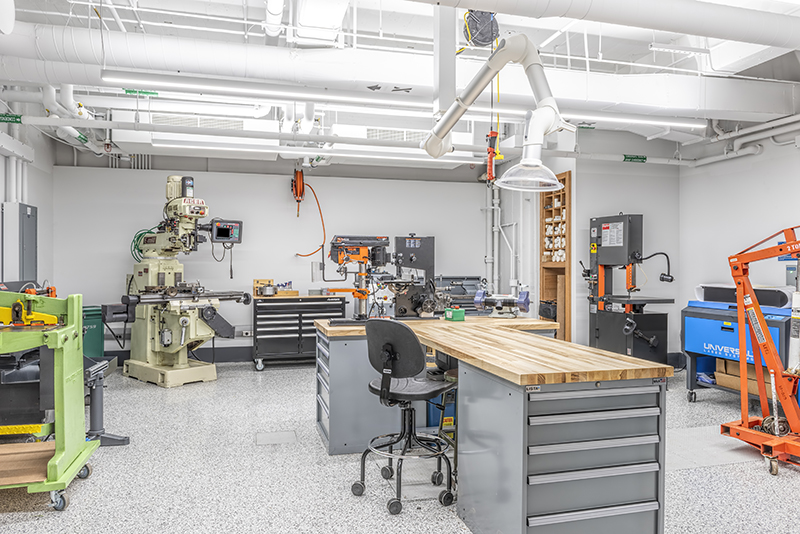 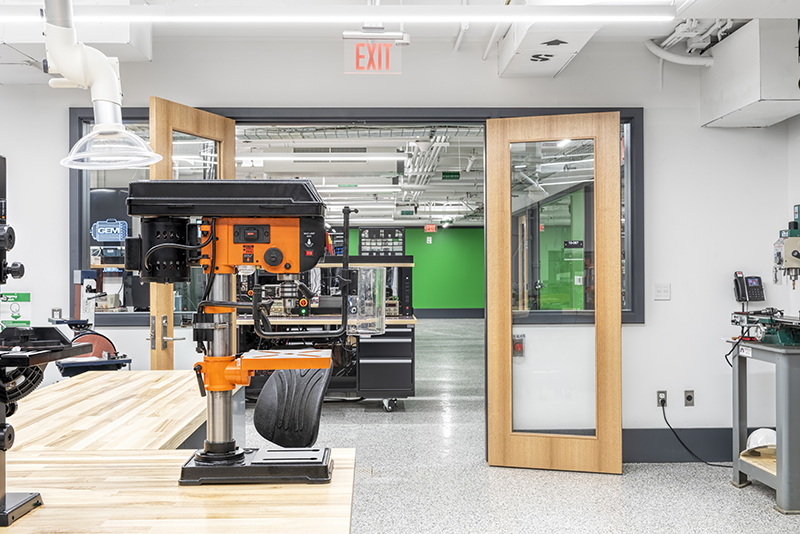