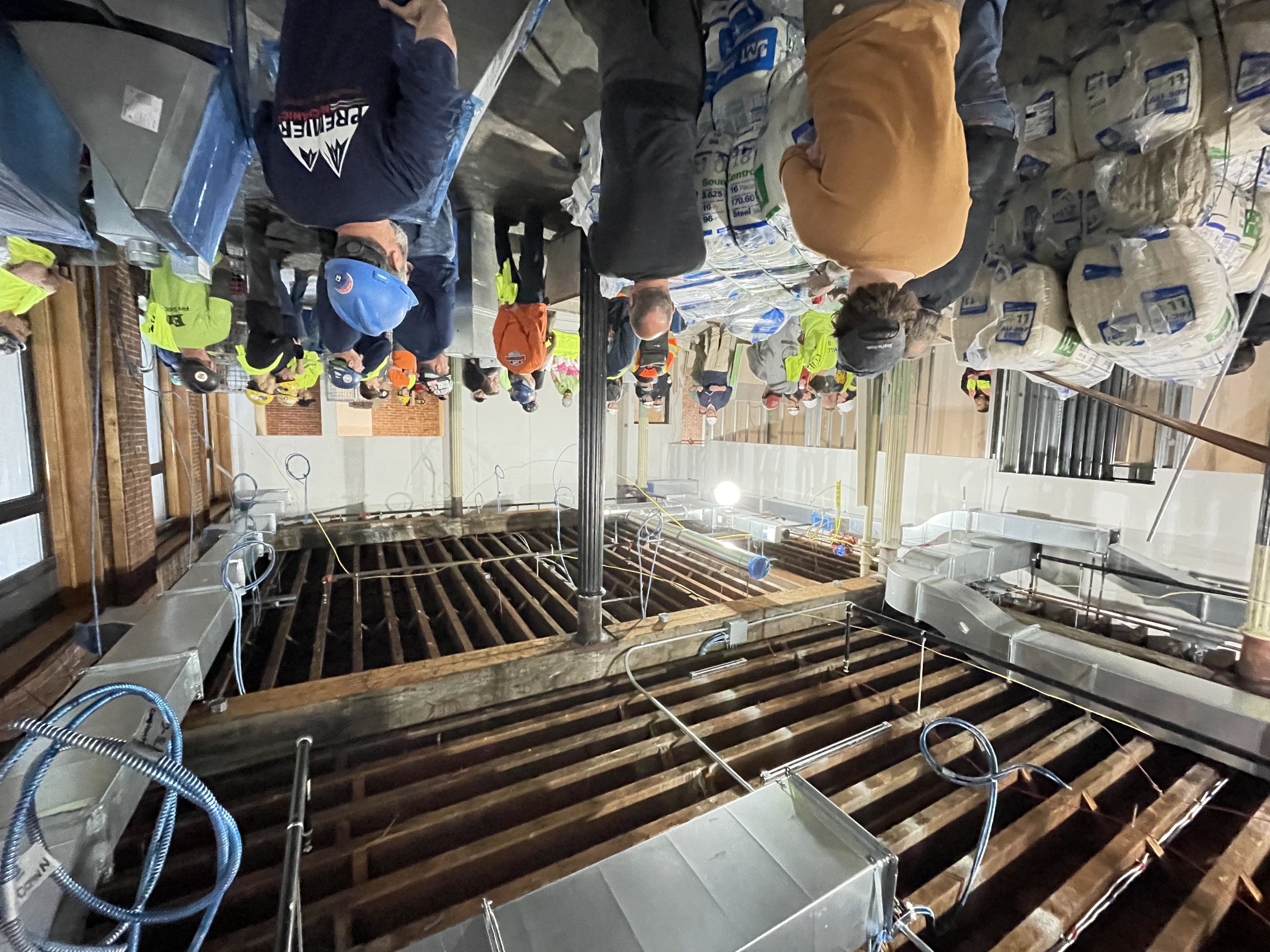 “Safety is the study of how to do things right.” – Robert W. Campbell,
Founder of National Safety Council, 1914

“I started out as a Superintendent,” says Marty Leik, Wise Construction’s Corporate Safety Director. “I did that for a few years and honestly, it was the positive safety stories that really led me to a career in safety. I’ll give you an example:

I was working on a high rise in Chicago. They had a huge lobby, and in order for the workers to do part of the job, a 37-foot high scaffolding system had to be constructed outside of the building. There was a situation where one of the scaffold writers was on his way up and he didn't have his fall protection with him. So I stopped him. ‘Please go get it’ I said, and he told me that he’d get it after break. I told him, ‘No, go do it. Now. Do this the right way’. He listened and went and got his harness and other safety gear.

It was probably less than an hour later that we got the 911 call over our radios that someone fell off the scaffolding and was hanging on by his harness.

We got him down on the ground safely—everything worked the way it was supposed to. Later that day, I went to check on him in our medic’s office and he said to me, ‘I owe you everything’.

The next morning, I get a call from our security guard, saying to come down to one of our checkpoints. I make my way down and there, standing with the gentleman who had fallen was his wife and daughter who came to thank me for saving his life.

From that day forward I thought, this is what I need to do.”

Marty is a builder at heart who applies his knowledge and passion to make jobsites safer. The opportunities presented to him that day in Chicago were, and continue to be, transformational for him and his career-choice. He strives to change the way safety is perceived and to positively impact people’s lives. That’s why every one of his actions, decisions, and protocols is driven by the thought of sending everyone home safe to their families each and every day.

“Since starting at Wise, I have seen a very natural safety approach to the way we do work, something that is seamlessly embedded in the Wise culture,” says Marty. “Everyone is very interested in, ‘how do we do it better’, ‘how do we not only do it the best way, but the right way’? And that is pretty unique because other companies that could have significant resources won't even get down to the level of pre-planning we do here.”

When asked how an organization can build an effective safety culture, he says, “I use the word culture a lot when I talk about Wise, but that is truly the backbone of this company’s success. We have such a strong internal support system which has helped us build a trustworthy culture. That trust is where we have built such an effective safety culture. You know, when I go to job sites, I don’t just walk around and point out things that need to get better, because that's not a culture. For me, it's more about getting to know the workers, tradespeople, superintendents and project managers, having them walk with me and say, ‘okay, here's a situation, what do you think?’ In order to enact change and really be part of creating a trusting environment, you have to dig a little deeper and help educate all the stakeholders. Luckily for me, Wise’s cultural philosophy makes my job easy and all the more fulfilling.”

Construction Safety Week, which occurred May 2 - 6 this year, was guided by Marty from the viewpoint of gratitude. His goal for the week was to utilize the time to show appreciation to our trade partners. “Safety week, with its important mission and purpose shouldn’t be concentrated in just one week, it can’t be. I wanted to use the week to not only reiterate that we support safety 52 weeks out of the year, but more importantly, I wanted the time to be used for thanking our trades people. The week also gave superintendents and project managers to say thank you, too,” says Marty. “I was also able to use the time to talk about substance abuse and mental health in the industry. This being a very personal topic for me, I was able to take advantage of the time to fuel that conversation and make sure people know I am here to help.”

Construction and safety go hand-in-hand. It is a common goal amongst the industry to keep everyone safe. “Safety does not know competition,” says Marty.

He continues, “I'm on multiple committees with other major GC directors in the area and the people in the safety community are always there for one another.

Because it's important. To using a lot of the same subcontractors and vendors, to safety resources used by construction workers across the world, when it comes to keeping people supported and safe, there are no competitive lines.”

We are in an industry where people want to get jobs done quickly. Marty emphasizes that the way Wise does work is that we're builders who are going to get the job done, but we're going to get it done right in the safest way possible.

Thank you, Marty – Your Wise Family 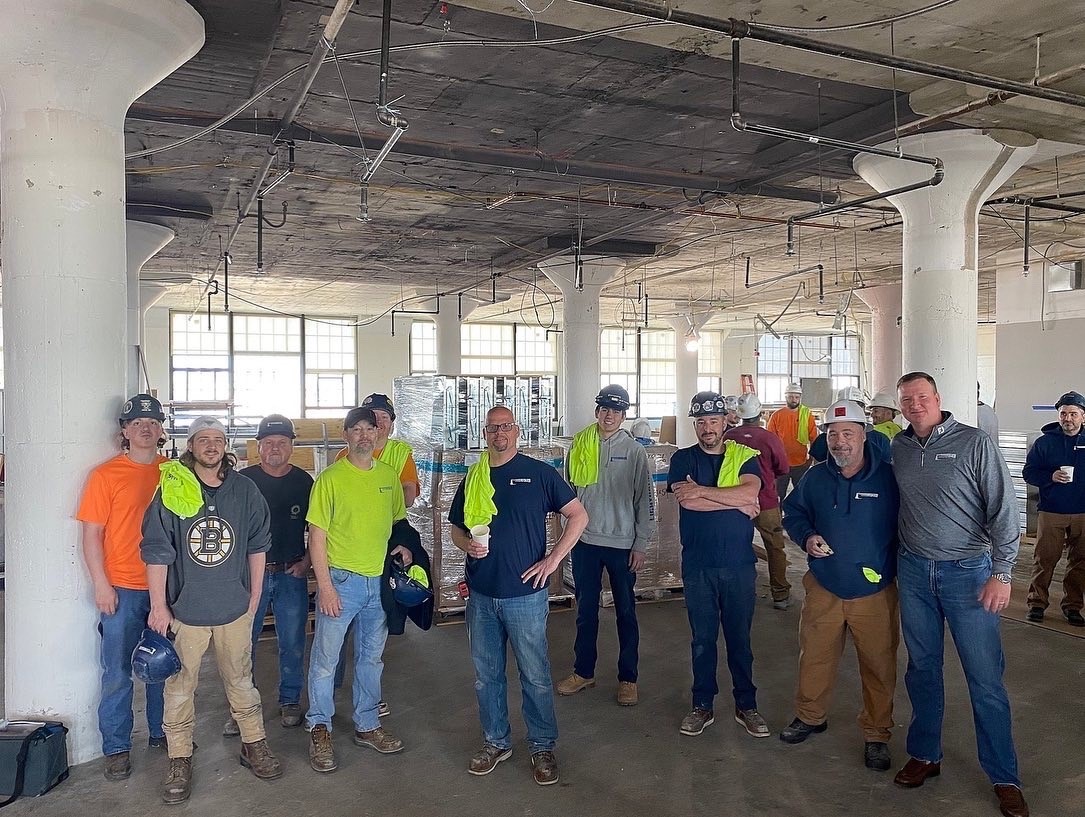 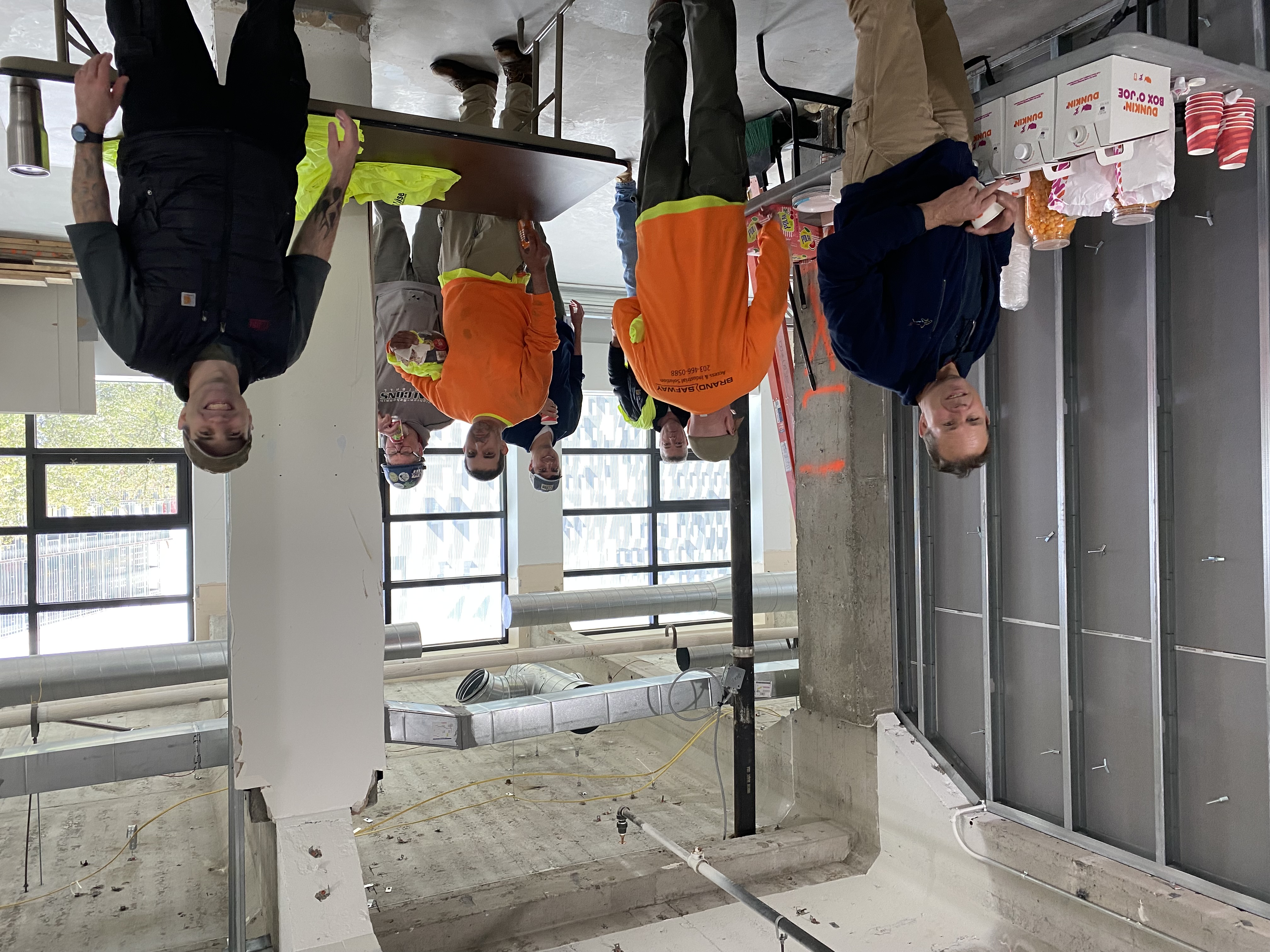 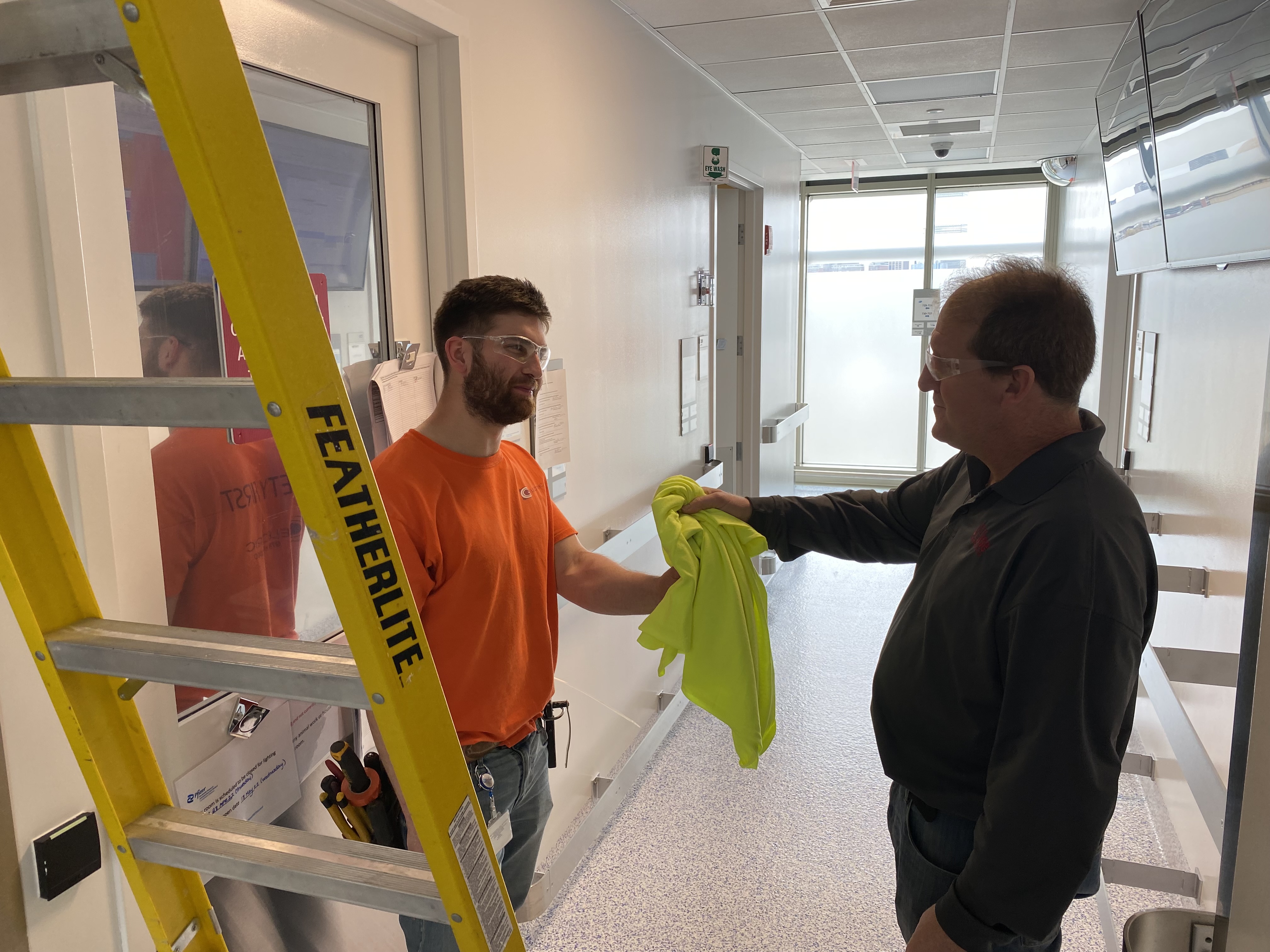 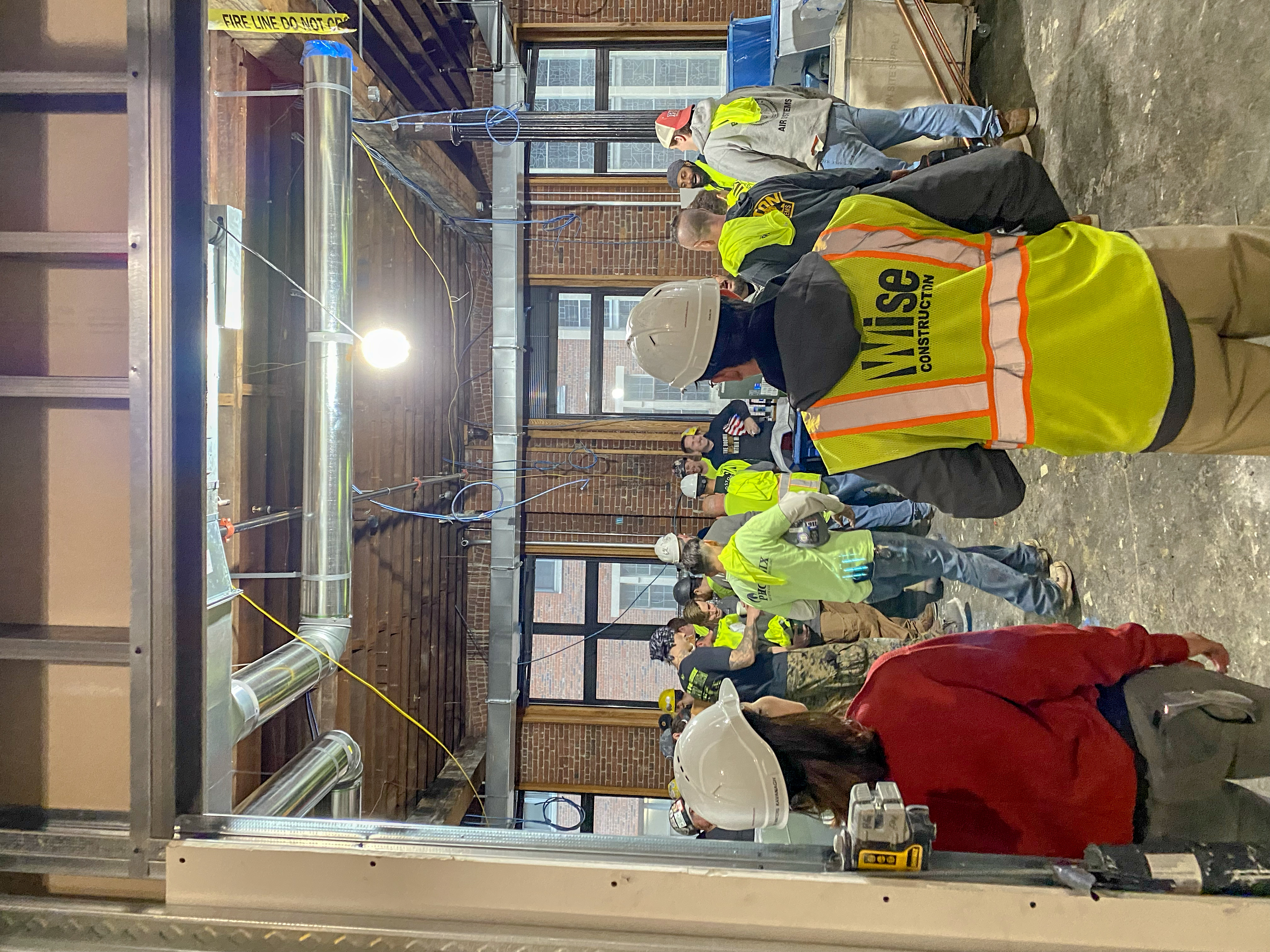 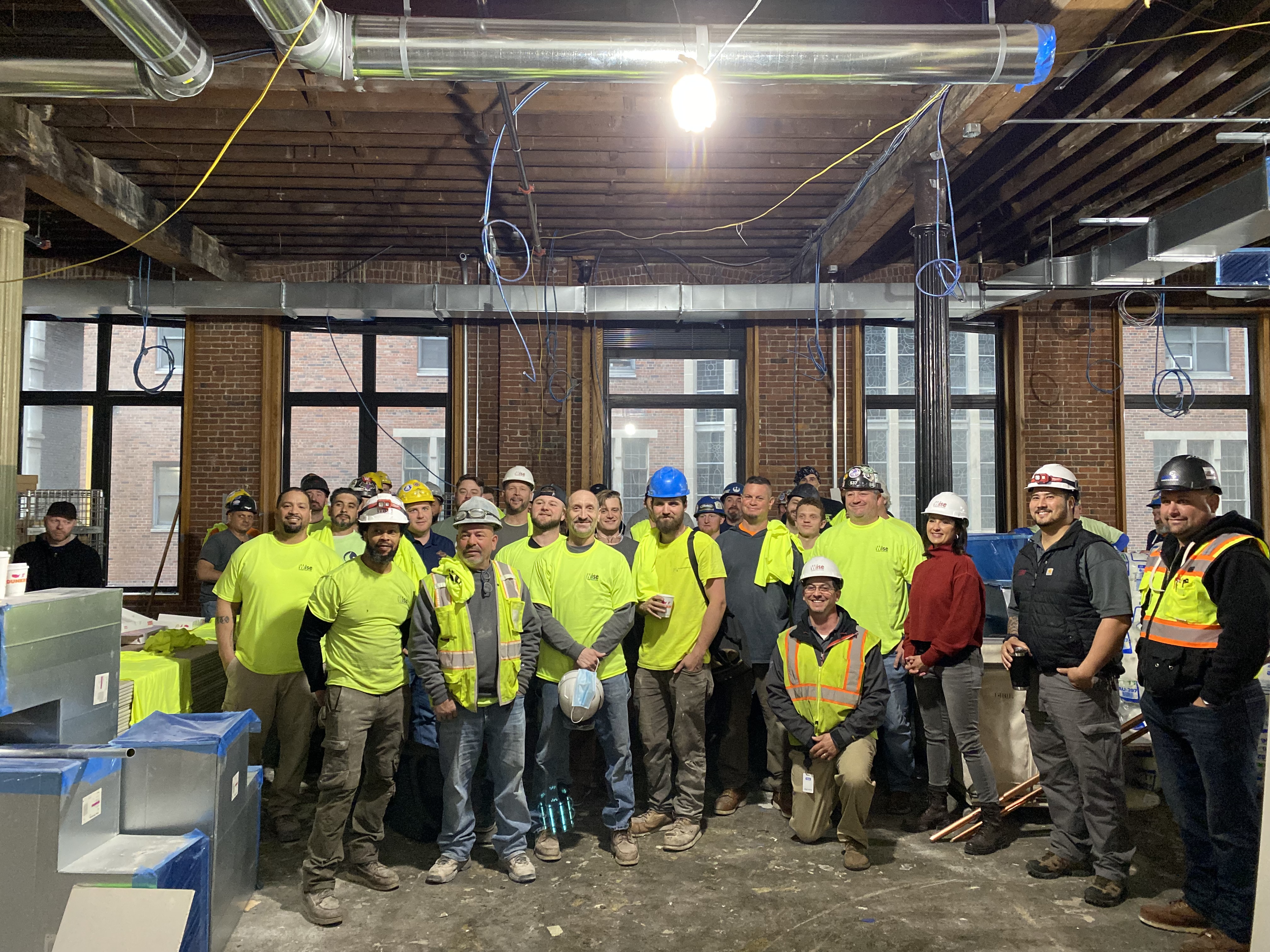