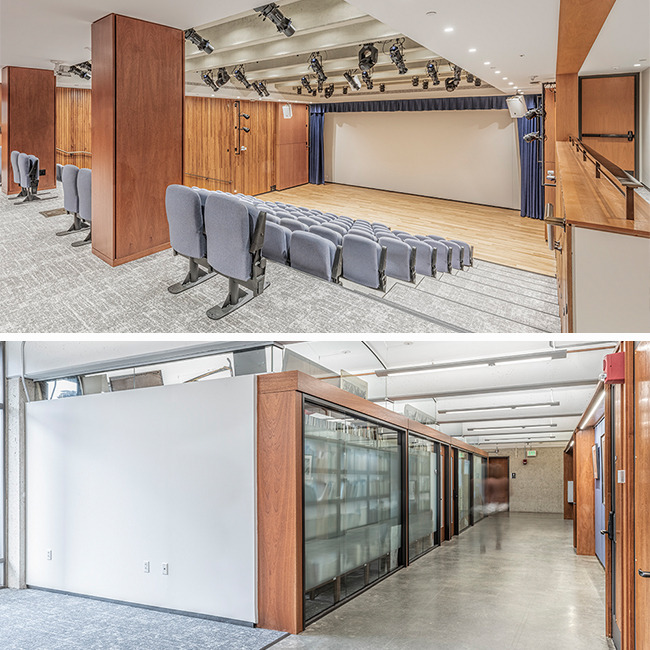 Built in the 1960’s, the Hilles Library is an architectural masterpiece on Harvard’s campus and is the hub of student and faculty gatherings. Over the course of the last decade Wise Construction has completed a few large renovations and restorations throughout the 95,000 SF building. Most recently completing a yearlong project to upgrade the Hilles Library courtyard and auditorium.

The Hilles Library courtyard is quite expansive and sits directly above the large auditorium located in the building’s basement. The courtyard is constructed of large limestone pavers that match the exposed concrete on the building’s exterior. The renovation was required due to a longstanding water drainage issue that was impacting the auditorium. Wise completed an extensive reassembly of the courtyard to fix the drainage issue. The reassembly included the removal and replacement of the existing pavers and the addition of new waterproofing and insulation. Below the courtyard Wise modernized the 116 seat auditorium with new seating, upgraded theatrical lighting, sprung flooring and a robust A/V system. Additionally Wise constructed new offices with glass and wood details. The upgrades and renovations were completed while maintaining the original minimalist, mid-century modern architectural character of the building and courtyard, preserving and matching materials that were used in the original 1960s construction.

When marrying old with new, it is extremely important to have an understanding of the existing conditions before beginning construction. During preconstruction, Wise utilized 3D scans of the space to analyze what was existing and how it would be incorporated with the new systems. With this scan the team was able to plan ahead with special precautions and methods for preserving the original building elements, like the exposed concrete decking that is often found in mid-century modern buildings. A Design Assist approach was also used, getting key subcontractors together early to preplan for long lead items such as the custom limestone pavers for the courtyard and the teak panel details seen throughout the auditorium and offices.

Wise Construction’s knowledge of the Hilles Library building and Harvard’s campus, along with their technology and investigative approach lead to the successful completion of this project. The project team was able to maintain the integrity of an architecturally significant building while providing the Harvard community with a space where they will one day be able to gather again. 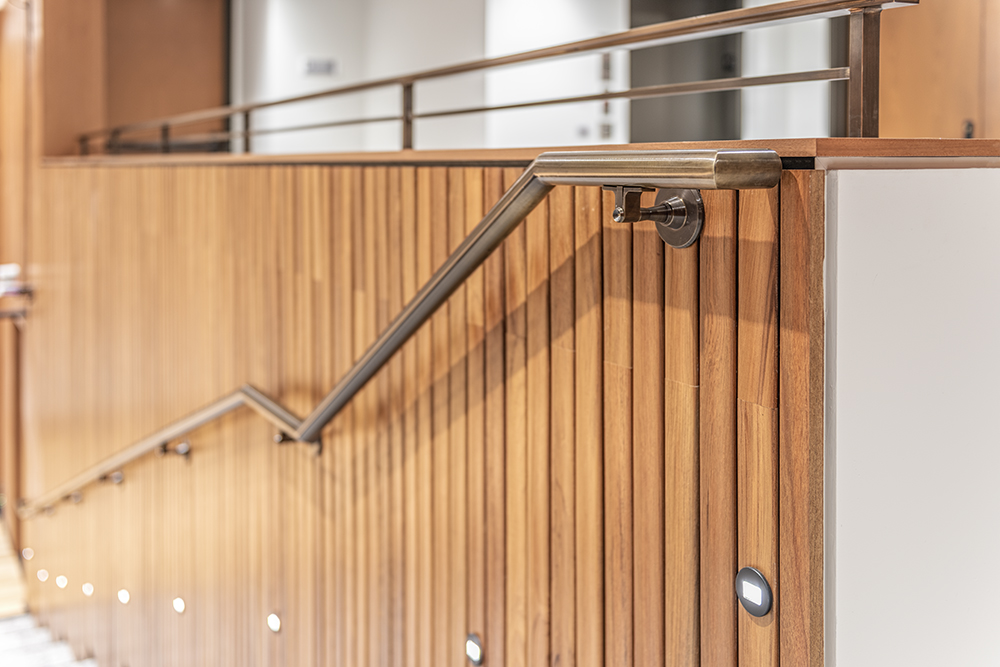 Above: the mid-century modern details can be seen throughout the project