In 2020, Dana-Farber Cancer Institute made strategic moves to keep up with the hospital’s commitment to providing cancer patients the best treatment available today while developing tomorrow's cures through cutting-edge research. DFCI selected Wise Construction to renovate the entire 14th floor of their Boston headquarters to build standardized labs, offices and support spaces for multiple research groups.

Preconstruction efforts began in early 2021 with an existing conditions scan by our MEP/VDC team. Marc Seaver, Wise’s Director of MEP/VDC Services, remembers, “Our scanning and point cloud efforts helped dial in the major details for this project. We found a number of existing conditions that we had to re-route to ensure all new lab designs would work, and we were able to identify a number of MEP items that would later ensure a design that worked for all members of the project team.”

One of the biggest noted challenges was, “fitting a lab into a space with only a nine-foot deck height.  Due to multiple riser locations that broke up the floor into quadrants, the duct and piping was smaller than most labs, which equated to a smaller deck height,” says Senior Vice President Eric Libby.  Through scanning, Wise discovered that with the originally proposed MEP systems, the ceiling height would have been around seven-and-a-half feet. Wise made the suggestion to remove the covered ceiling, rearrange the architectural layout, and relocate the MEP systems to non-impactful areas. This required extensive coordination with our project partners to make sure everything could fit and ceiling heights could remain the same. Temporary heat detectors were used during the ceiling reconfiguration, as 104 sprinklers were replaced with pendant fire sprinklers when the new ceilings were installed.

Mobilization began in May 2021. With COVID-19 underway, procurement became another challenge for the Wise team. There were significant lead time issues including materials for the cold room and LN2 Manifold. “The cold room insulated panels were delayed two to three months and the LN2 manifold, which was supposed to be on site in October 2021, was pushed out until June 2022”, says Assistant Project Manager Nicholas Fanjoy. “This required us to come up with alternative sequencing and solutions to keep the project moving for the space to be usable in the meantime. This included devising an alternative connection until the LN2 manifold arrived.”

The Wise team was mindful of the occupied building throughout construction. To mitigate vibration and noise when coring or cutting any ductwork, the team worked closely with DFCI to schedule off-hours work. A chilled water riser stationed at the bottom of the building that wasn’t built-up to the 14th floor required us to build the vertical piping system up, which was an extensive process that DFCI helped coordinate the entire way through. “Communication with DFCI was key throughout the project,” says Project Manager Noreen McDonnell, “and this helped with shutdowns and accessing other floors when needed.”

“This project was a classic example of understanding the ‘actual use and expectations’ from the project partners, end users, and building engineers. Coupled with realistic timelines from the subcontractors, we were able to plan for and provide a space that worked best for Dana Farber,” says Seaver.

DFCI was extremely accommodating throughout the project. “It was beneficial having DFCI facilities management and engineering at every bi-weekly walkthrough,” says McDonnell. “When it came to the supply chain challenges that are impacting the construction industry, DFCI was very understanding and worked in partnership with Wise to develop workable solutions. I strongly commend the DFCI team for their help and reassurance throughout this endeavor.” 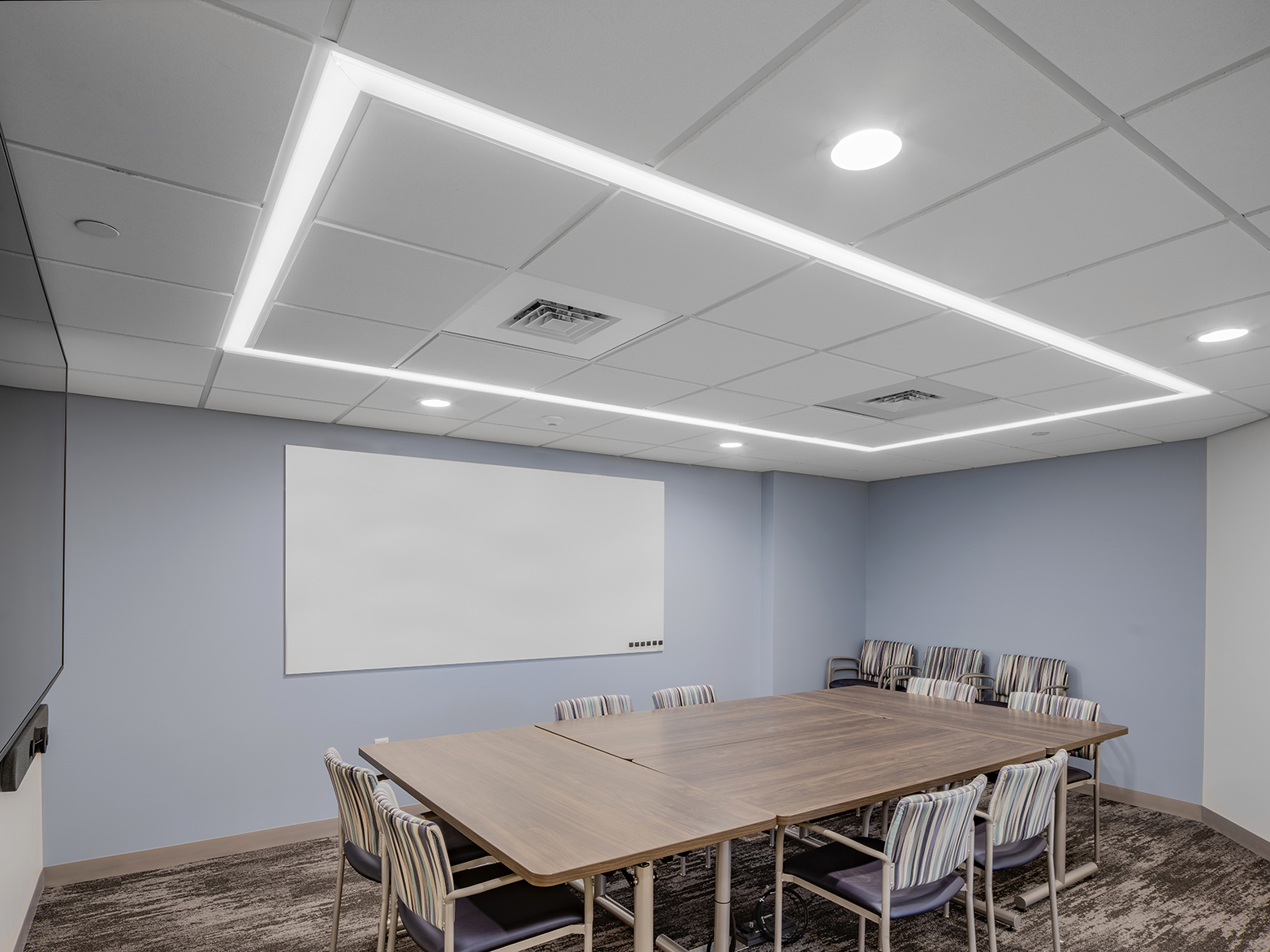 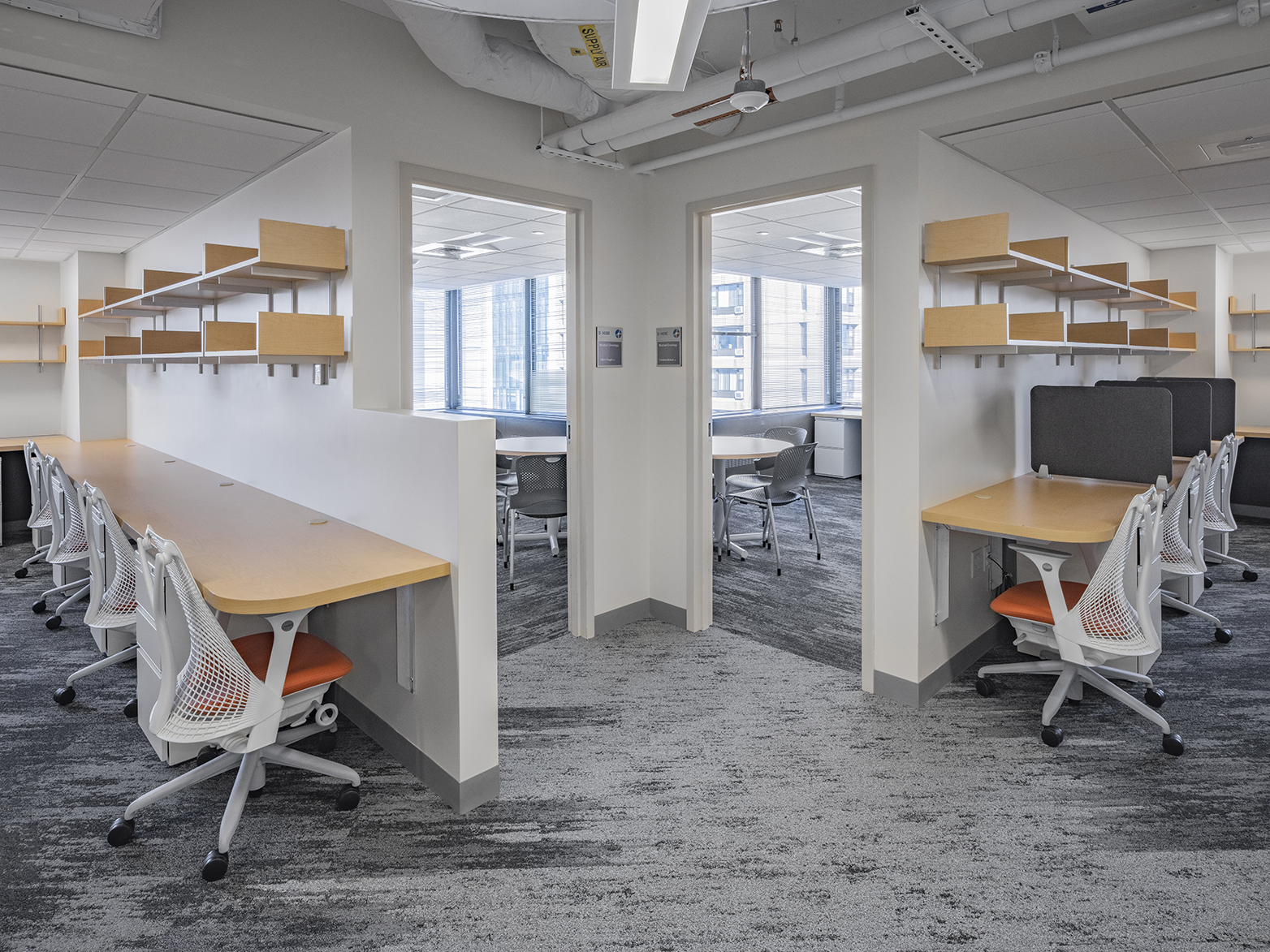 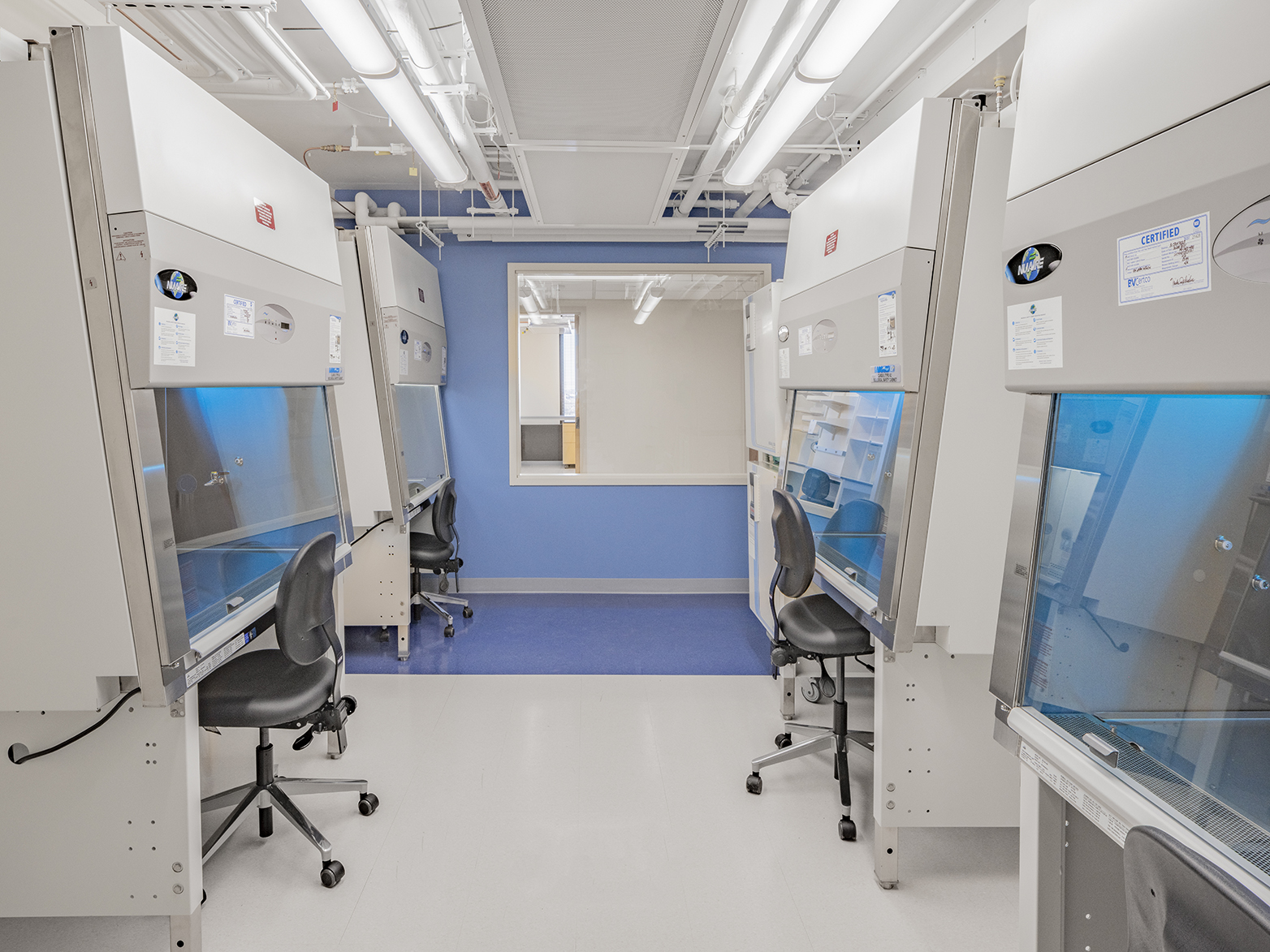 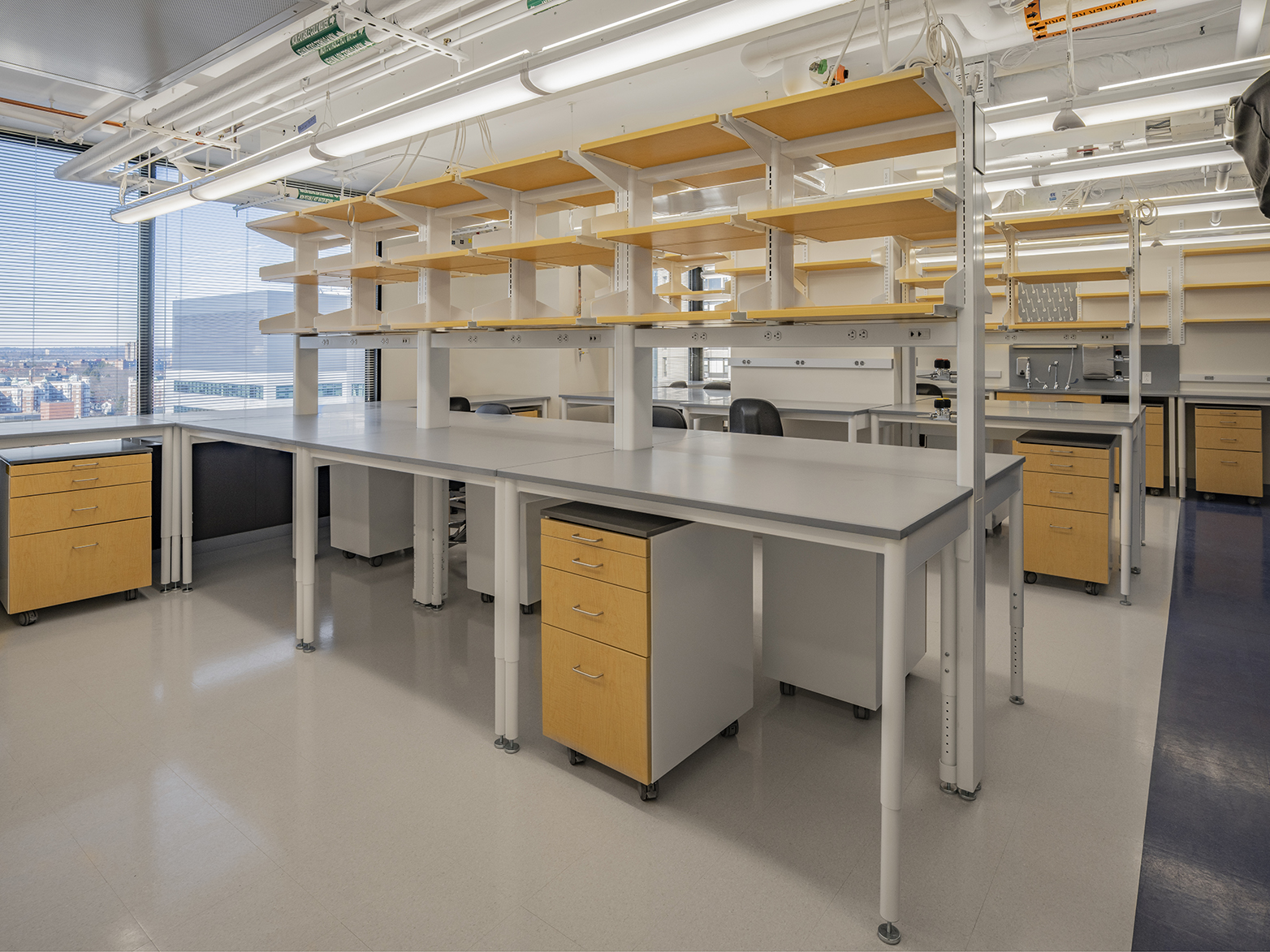 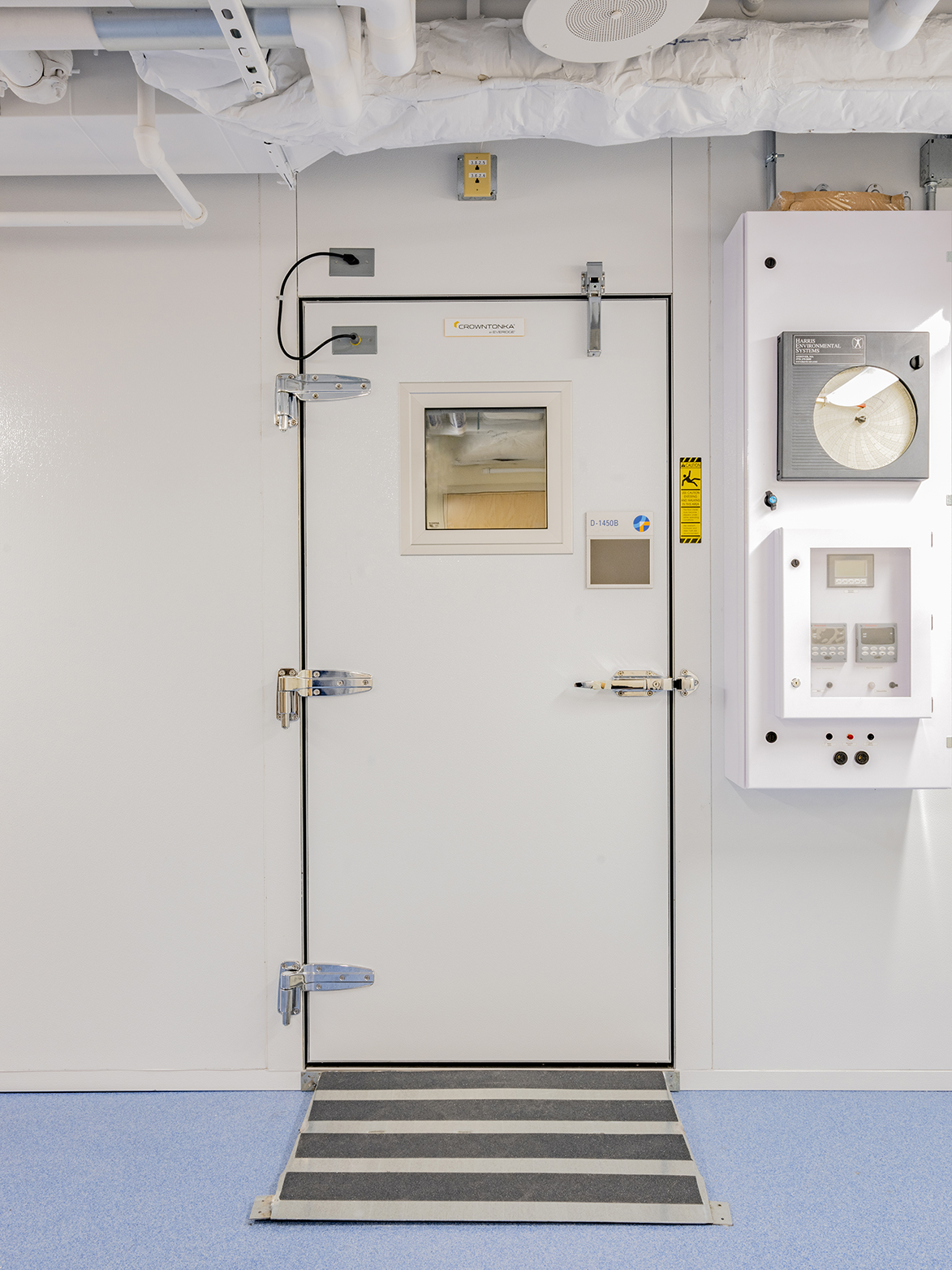